I loved the supernatural plot, and the love story between the main characters. It was an emotional journey and worth watching! You can download all the seasons with relief. It ended in Season 5.

The leading role of the show is Dr. Alex Reid, a doctor whose fiancé, Dr. Charles Harris is in a coma after a car accident while on his way to their wedding. The show follows the life of Charlie in his comatose state and Alex dealing with her patients, all the while hoping that he will survive. Dr. Reid is the Chief Surgical Resident while Dr. Harris was the Chief of Surgery until his accident. Dr. Harris recovers at the end of season 1, but in subsequent seasons he continues to be able to see the spirits of comatose and dead patients. 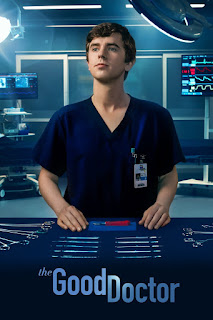 2. THE GOOD DOCTOR
The male figure playing the lead role is a fantastic actor. He is a good and dedicated medical doctor despite he has autism. Season 3 finished recently. We are anticipating the next season.
This series follows Shaun Murphy, a young autistic surgeon with savant syndrome from the mid-size city of Casper, Wyoming, where he had a troubled childhood. He relocates to San Jose, California, to work at the prestigious San Jose St. Bonaventure Hospital. 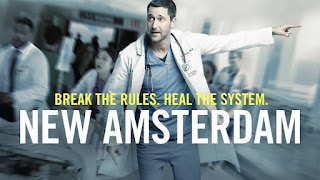 1. NEW AMSTERDAM
One thing about this series is that it is amazing. There is never a dull moment to watch concerning the story-line for each episode. The characters are lovable. There are sometimes you would smile, cry and smile again. The writers for this show are doing great. The series is still ongoing and it has been renewed for three more seasons! This should tell you, the show is promising. They will start to shoot season three after the end of corona virus.
New Amsterdam follows Dr. Max Goodwin as he becomes the medical director of one of the United States’
oldest public hospitals, aiming to reform the neglected facility by tearing up its bureaucracy in order to provide exceptional care to patients.
Have fun watching them if you are interested!
Share
Facebook Twitter Pinterest Linkedin

2 thoughts on “My Top 3 Medical Series You Should Watch”